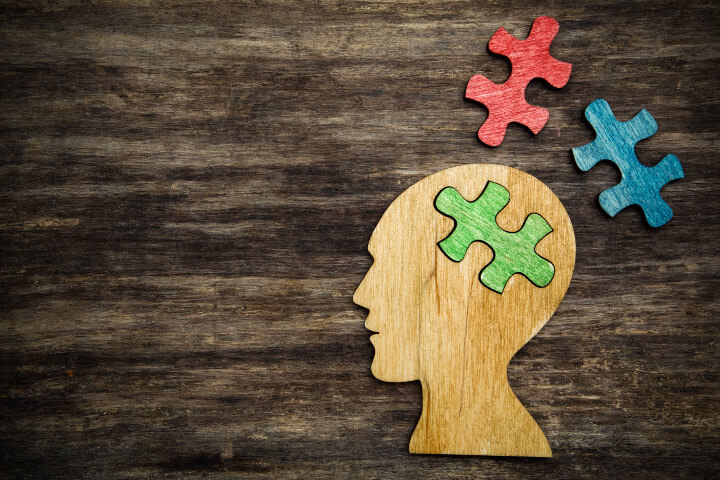 Many studies have linked increased mental stimulation to a lower risk of Dementia in older people. A wide variety of activities have been found to be relevant including reading, watching movies, social activities, and playing puzzles or games. In one example, researchers followed the activities of older nuns and priests for a period of four years. They found that the participants who practiced intellectually stimulating activities most regularly had the lowest levels of cognitive decline.

It’s hard to establish the exact link between these two factors. Brain scans at present aren’t detailed enough to show the cellular changes that take place in the brain with Alzheimer’s and other forms of Dementia. It’s believed, however, that mental activity throughout life creates a kind of “cognitive capital.” Any mentally stimulating activity builds connections among neurons in the brain. Different activities can form different connective patterns across different regions. This neural network acts as a defense system to decrease the rate and extent of cognitive degeneration.

Brain cells don’t regenerate, and it it was once believed that the brains in older people were static. However it’s been shown that even older neurons can form new connections. The brain remains plastic and changeable even in aging people. Thus people who continually practice new activities, or activities that force their brains to think in fresh ways, can actually maintain and grow their neural network as they age.

With Alzheimer’s, abnormal beta amyloid proteins start to form plaques around the brain cells. Other types of Dementia can change the brain in different ways, but almost all interfere with the connections among neurons. It seems that brain cells with a higher level of connectedness to begin with are more resistant to this interference. In general, it’s believed that cognitive exercises don’t actually stop plaque build-up in the brain, but they seem to make the cells more resistant to interference and further degeneration. This can help keep the symptoms of Dementia in the early stages for a longer period of time and perhaps permanently.

Cognition is a multifaceted process that describes more than simply knowing a certain piece of information. It includes all the processes of the brain, specifically reason and judgment, but also intuition, awareness, and the ability to connect several pieces of information and build knowledge. Cognition affects how we perceive and analyze the world and how we relate to others, as well as the ability to remember information. Exercises that improve cognition are generally either tasks that combine several different brain processes at once, or tasks that forge a new neuronal connection and can include:

Based on studies, practicing any of the above activities regularly can help to lower Dementia risk. There is a good deal of evidence that formal cognitive training can be even more helpful, however. A trial study for ACTIVE (Advanced Cognitive Training for Independent and Vital Elderly) has followed more than 2,000 volunteers for a period of 10 years. In 2014, most participants were in their 80’s and still showed increased cognition in the area where they were trained. Thus it seems that actively training a mental skill can have a long lasting effect.

It can be hard to practice a challenging mental activity alone. Many new cognitive exercises may feel uncomfortable, especially at the beginning. Because of this, it can be helpful to have a coach. Consider signing up for a cognitive training program designed for the elderly, or try to find a teacher or support group to ensure you stay focused on one of the activities listed above.

Actively maintaining cognitive health can be even more important for seniors who live alone. The benefits of social interaction for seniors have been widely noted. It’s hard to maintain a regular schedule, and elderly people who don’t drive may have difficulty taking public transportation to get to a regular weekly class. If this is the case for you or someone you know, consider starting home care visits focused on cognitive exercises. Many people know that home care can provide medical care and personal assistance, but they may not be aware that agents can help maintain healthy habits as well.

Home care visits can be as effective for dementia prevention as it is for treatment. Elderly people who don’t work have no regular schedule to keep them busy. Without daily interaction, it’s easy to become depressed or apathetic. This is the worst thing for someone reaching the age when dementia risk increases. Alzheimer’s/Dementia home care can include positive interaction, conversation, and cognitive exercises to practice at home. Agents can also provide transportation to outside activities, so regular classes and social activities become much more available.

These programs are not focused on making seniors dependent, but rather on helping them maintain their independence as long as possible. For any additional questions on Alzheimer’s/Dementia care, please call or contact Caring Hands Matter online for more information or to schedule a free home care evaluation