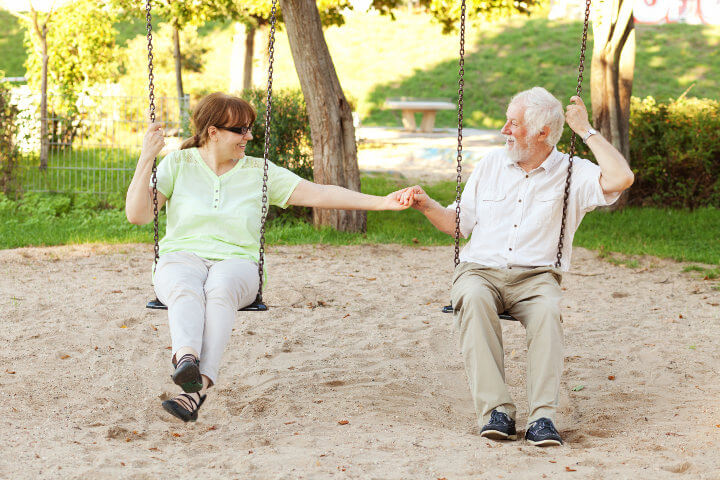 Concern about having senior moments is an excellent sign that the mind is still in good shape. Scientists have discovered that noticing small lapses in one’s memory means that dementia is still years away. When an older person has a senior moment, such as forgetting where they put their spectacles or forgetting why the walked into a room, they often worry that they have suddenly fallen onto the slippery slope leading to dementia.

However, a recent study in the journal, “Neurology” suggests that it is in fact a good thing when a person notices these memory lapses. According to the new research, those who go on to develop dementia begin to lose their awareness of their memory slipping approximately two to three years before the condition actually develops. This means that people can be secure in the knowledge that noticing these momentary slips means that mental decline is years away, and it is possible that it may never occur at all.

Dr. Robert Wilson, lead researcher from Rush University Medical Center in Chicago, explains that their findings show that a person’s unawareness of developing memory issues is a feature that inevitably occurs with late-life dementia, and it is driven by the accumulation of changes in the brain that are dementia-related.

He goes on to share that up until now they have not known much about how common it is for a person with dementia to lack awareness of their memory loss, and they were unsure of when this develops or the reasons why some people are more affected than others by this phenomenon.

In the past, the majority of studies concerning memory unawareness in dementia patients have focused on those who have already been diagnosed. This study differs from past research because it began by following older adults before the signs of dementia appeared. During the study, the team followed the progress of over 2,000 older people who had an average age of 76. Each person in the study was free of dementia at the beginning.

The group was tracked over a 10-year period during which they were asked to take annual memory and thinking ability tests. Additionally, the participants in the study were asked to recall how often they had difficulty remembering information, and how they would rate their memory.

The 239 volunteers who were later diagnosed with dementia began to experience a sharp drop in their memory awareness within an average of 2.6 years before they developed the symptoms of dementia. In each of these cases, a period of several years of mental decline followed.

Dr. Wilson reports that even though there were individual differences regarding when a person’s unawareness began and how quickly it progressed, it was found that almost everyone experienced a lack of awareness that they were losing their memory at some point during the development of the disease.

Interestingly, younger patients had the earliest appearance of the loss of memory awareness. The scientists attribute this to the possible explanation that older people tend to have the expectation that their memories will fade due to the normal process of aging. An examination was performed on the brains of 385 individuals that passed away during the study. This revealed three dementia-related changes that could be associated with a person’s rapid decline of their memory awareness.

According to Dr. Clare Walton, the Research Manager at Alzheimer’s Society, it is true that memory loss is an important first sign of dementia, yet it is also important to remember that the study demonstrates that a person is not always aware of the changes in their memory during the early stages of dementia.

Walton stresses that it is often friends and family members who are the first ones to notice the warning signs. Those who are concerned a loved one’s memory should encourage them to visit their doctor. A dementia diagnosis can provide people with a chance to make a care plan for the future and seek vital care that can improve their quality of life.

More research is still necessary to improve our current understanding of how memory is affected by the aging process and how this can differ in those with dementia. With this knowledge, it will be possible to find better ways to diagnose and support those who develop dementia as early as possible in the progression of the disease.

Although positive research is a great indicator that society is on the right track towards treating dementia, there is still a growing population of seniors who will need senior care services to help them live their lives to the fullest. Caring Hands Matter offers a variety of non-medical services designed to help seniors manage their daily tasks, combat loneliness and manage dementia. Learn more about our senior care services or companion care services by contacting us today. We can help you understand your options for setting up care of an elderly loved one. Call our offices or send us a message online to learn how we can help you.