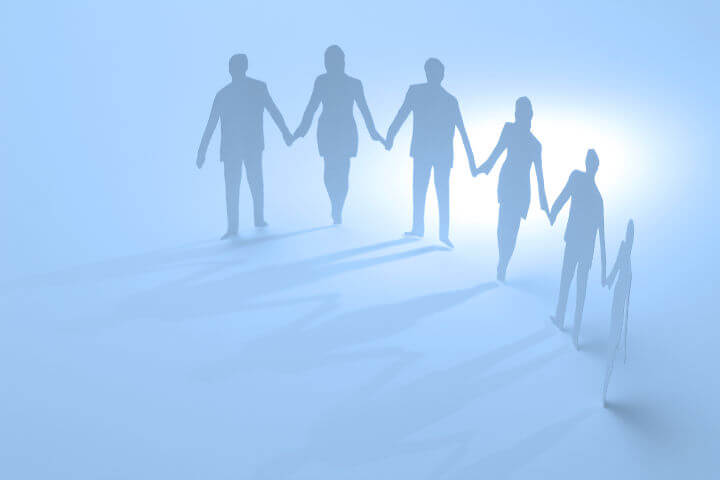 Australian-born Mandy Nolan is a stand-up comic. She performs not as a late-night avocation in addition to a full-time desk job, but as an actual, internationally-acclaimed comic – because she’s really good at her craft. What makes Nolan’s comedy so good is its accessibility. Her style is to simply refuse to acknowledge the limits of conventional conversation. Her performances are so engaging because her ability to take conversations to a new, sometimes unexpected place is by challenging the imagination and asking questions. In her mind, a fact, a question, or topic is simply an opportunity for open-ended, meandering thought.

What makes Nolan even more exceptional is that she discovered that what makes her stand-up comedy so great is that is allows for effective communication with dementia patients. Her work has turned into an international program called Stand Up for Dementia, which teaches therapists, caregivers, and others how to effectively communicate with dementia patients. The technique has come stateside by way of a team of researchers in Chicago, a region of the U.S. known for its improvisational theater, which feeds popular programming such as Saturday Night Live.

Often when caring for someone suffering from dementia, people become frustrated about their loved one’s constant confusion about date, time, and location. Large print date-and-time clocks may be installed in the home to mitigate the confusion. Caretakers may constantly correct their loved one. “No, Mom, it’s not Tuesday, March 5! It’s Sunday, November 30th!” There’s also frequent correction implemented for the demented perception of patients. For example, sometimes patients may ask for people who had long since died or may try to celebrate holidays that had recently passed or were off in the distant future. “No, Grandpa, Grandma can’t come watch the show with you. She died five years ago.”

Frequent corrections back to the real time, date, location, and circumstances rarely fully reorient a loved one with dementia back to a non-demented reality. Any reorientation is likely temporary and either a slip back into the reality of the dementia patient or tacit refusal to participate in non-demented reality is often met with frustration by the caregiver.

reality you are experiencing – try to enter their reality in a different way where both of you can participate. This is Mandy Nolan’s comedy at work.

“It’s Sunday!” says your father. Rather than replying, “No it’s not! It’s Monday,” a person effectively communicating with a dementia patient might instead ask, “what do you like to do on Sundays, Dad?” With that kind of question-response, Dad doesn’t need to figure out what day of the week he’s located in, instead, he can tell you about what he usually likes to do on Sundays. By the time he’s answered your question, he’s likely to have forgotten his initial charge about the day of the week and you are busy having an engaging conversation. No correction needed.

“Where’s Betty? I want Betty to make my dinner,” says your grandfather. Except Betty has been gone for nearly a decade. It is tempting to respond with, “Grandma is dead – you know that. You remember that, don’t you?” You know that the information you’re giving in response is true. Except, chances are, Grandpa wouldn’t ask for Grandma unless he believed in his mind and heart that she’s alive and available to make dinner. He is living a different truth and reality. Consider using Nolan’s technique to instead respond with, “what would you like Betty to make you for dinner?” Grandpa is less likely to respond to his frustration at a conversational roadblock (“Betty isn’t available”) and more likely to tell you what is so important about the meal Betty might cook.

Communicating with those suffering from dementia can often be both heartbreaking and frustrating. Both you and your loved ones seem to live in different, sometimes opposing realities. That can often feel like a devastating lack of connection with someone you have usually been connected with. The result, though, is not grieving the loss of your loved one before he or she is gone.

Instead, use the stand-up (or sit-down!) comedy technique of connection. Find ways to build on conversations by asking questions. Investigate a circumstance, desire, or observation together. You may find a treasure trove of personal information or even untold stories hidden in the distant memory of your loved one – in what once seemed like the most unlikely of places for someone with a dementia diagnosis.

For more information about how to effectively communicate with someone suffering from dementia, please call us or contact Caring Hands Matter online to learn more about Fairfax, VA home care services today.